Walter is a performer, educator, and composer. He holds a Bachelor of Music with an emphasis in music education and piano performance from San Francisco State University, where he also received his teaching credential. Walter teaches K-12 in the San Francisco Unified School District, as well as private piano and theory/musicianship skills. He accompanies singers and ensembles regularly throughout the bay area. His compositions have been featured by ensembles in the bay area and beyond. 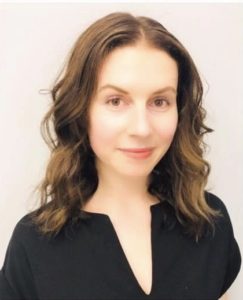 Brianna began teaching at SSPA in the Fall of 2006. She has a BA in Dance from CSULB, is a member of RequisiteDance and has studied under dance greats Joe Goode, Bliss Kohlmeyer, Douglas Neilsen, Keith Johnson, Lauren Johnson, Alaine Haubert, Allison Deane and Barbara Crockett. 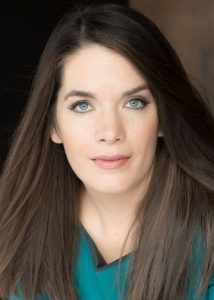 Soprano, Sarah Benzinger holds a CA Secondary credential to teach Music and Mathematics and loves joining her students on their unique journeys of musical discovery on the piano and in voice. She currently co-teaches classroom music at Casa di Mir Montessori school in Campbell and has maintained a full studio in voice and piano at Santa Teresa Academy of Music and Dance for the past three years. She has taught and performed in the US and abroad, working with students through Opera Tijuana in Mexico, Opera Nova in Costa Rica, and with students at Lake County high school in Leadville Colorado. Previously she sang with the Oregon Bach Collegium, Lyric Opera of San Jose, Cascadia Concert Opera, Humboldt Light Opera, Portland Summer Opera Workshop, Vivace Vancouver, Chamber Music Silicon Valley, Redwood Symphony and at the Astoria Music Festival.

Mel Bratz has been teaching, painting and designing sets for over twenty years. She developed a love of teaching over ten years at McDonogh School (Maryland) and Edmund Burke School (Washington, D.C.) as well as Catholic University and George Mason University.  She has worked at almost every major theater in the DC/Md/Va region.  Since moving to California she has limited her theatrical endeavors to SSPA and a few select others.  Mel now primarily creates art in smaller formats at home or in her studio at Marin Society of Artists.

Lizzie Chapman found her passion for dance 15 years ago when she took a dance class at a summer camp. Since then, she has danced non-stop and dabbled in just about any dance style imaginable. Lizzie received her BA in Interdisciplinary Dance Studies with double-emphases in Dance Education and Choreography from Humboldt State University. Her senior Interdisciplinary Project, titled “A Story of a Girl”, was chosen to be performed at both the Transformational Justice Festival and at the American College Dance Festival. Before coming to SSPA , Lizzie taught Ballroom, Latin, and Swing as a certified instructor at Arthur Murray Dance Center in Millbrae.

Amy comes to Spindrift from TheatreWorks Silicon Valley where she oversaw the education and outreach programs there. She has a diverse background in theatre and arts education from being a professional musical theatre performer to founding a family theatre company in San Francisco to running an arts education advocacy group for San Mateo County. She has developed theatre and arts education curriculum for kindergartners through 12th Grade and specializes in directing new theatre, both musical and dramatic. She studied Shakespeare at the Royal Academy of Dramatic and holds a Master of Fine Arts degree in Acting from the University of California, Davis. Amy is a proud Pacifica resident and an active member of the Pacifica School District community with two children attending Sunset Ridge Elementary where she serves as President of the Parent Teacher Organization.

A native of Mexico, Osvaldo earned his BA in Piano Performance at Escuela Superior de Música y Danza de Monterrey in México and was the recipient of the Mexican National Fund for Culture and Arts grant to complete his MA in Piano Performance and Chamber Music at San Francisco State University. Osvaldo has performed with the Russian Chamber Orchestra in Marin California, the SFSU Orchestra, and the Orquesta Juvenil de Nuevo Leon. He conducted the production of The Marriage of Figaro with Berkeley Chamber Opera. He has also studied composition under the guidance of Jorge Torres and Georgina Derbez.

Mary Kalita is is a professional dancer and actor with well over a decade of experience. She attended Millikin University and earned a Bachelor of Fine Arts in Musical Theatre. Her Bay Area regional performance credits include roles in A Chorus Line (Val), Legally Blonde (Brooke Wyndham), Gypsy (June), Chicago (Velma Kelly), Cabaret (Frenchie), Singin’ in the Rain (Lina Lamont), Cats (Bombalurina), Pippin (Fastrada), and Little Shop of Horrors (Audrey – for which she received a SF Bay Area Theatre Critics Circle Award for Best Actress in a Musical). Mary has taught ballet, jazz, tap, and musical theatre dance to children and adults, beginning through advanced levels for the past 15 years. She is also the Dance Specialist at Bullis Charter School, where she teaches dance elective classes, as well as extra-curricular dance teams and serves as choreographer for their three annual musical productions.

Erica earned her BA in Dance from San Francisco State University. While attending SFSU Erica was a member and Student Director of University Dance Theatre, and upon graduation was awarded the Dance Service Award for her contributions to the School of Theater and Dance. Erica has had the pleasure to train under Joe Goode, Kate Weare, Ray Tadio, and Cathleen McCarthy, as well as many other Bay Area dance influencers. She has performed works by ODC/Dance’s Brenda Way, Kate Weare, Kamala Devam, PUSH Dance Company’s Raissa Simpson, and Ayana Yonesaka. Erica has been a company member with requisitedance since 2016 (dir. Jenna Monroe & Michaela Shoberg), with whom she has performed throughout the Bay Area and Pacific Northwest. 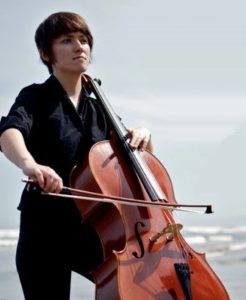 Ami is a prominent member of the Bay Area music scene, playing with numerous ensembles and bands including The Holloway String Quartet, Mission Baroque, All My Pretty Ones, as well as playing in numerous orchestras and pit orchestras. She studied chamber music under coaches including the Alexander String Quartet, Martina Trumpp, and Yuval Yaron; cello under Carol Rice, Geoffrey Rutkowski, Mario De Secondi, and Sandy Wilson; and played in master classes taught by such artists as the Juilliard String Quartet, Toby Appel, and David Requiro. She studied cello at the Ruth Asawa SOTA, UC Santa Barbara, San Francisco State University for a MA in Music, and at the Musikhochschule Trossingen in Germany.

A California Native, Gabriel is a Theatre Business Major at the University of Redlands in Southern California with an emphasis in Latin@ art and performance. With a decade of theatre experience, Gabriel has worked on straight plays, Shakespeare, musicals,  dance showcases, and has had the opportunity to direct, design, and act in shows at the Glenn Wallichs and Frederick Loewe theatres. Mix in his  flair for the dramatics and passion of sharing art, and you have a slightly off the wall “Dad-Joke” making thespian.

Elena Ruggiero is a Bay Area native, theatre and musical theatre performer and teaching artist. She received her degree from the University of Redlands, Johnston College where she found her lifelong passion for singing, dancing and acting. Elena has taught drama and dance at multiple theatres and elementary schools throughout San Francisco for the past 15 years. She has choreographed multiple junior musicals including Frozen, The Lion King and Peter Pan. She is joining the SSPA team in the hopes of sharing her knowledge with the next generation of performers with her energy and passion for performing! 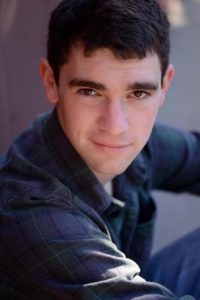 Gary joins the Spindrift Team with a long list of performance & directorial credits Gary has been a teacher with SSPA since early 2016 and teaches all levels of Musical Theatre, directs Play Production classes and teaches in-school drama at Cabrillo. He is also part of an outreach team dedicating to bringing quality theatre opportunities to schools all around the Bay Area. He has always hoped he would have a job like this. He is ready and eager to help inspire the next generation of great artists.

Caitlyn Tella is an actor, director, and educator originally from the Bay Area. She is passionate about ensemble-devised theater, and has created a number of original works, supported by Theater Bay Area, Z Space, San Jose Repertory Theater Emerging Artist Lab, Hemera Foundation, Elsewhere Studios Artist Residency, and others. As an actor she is represented by NYLO Talent Agency, and on stage she most recently performed at Cutting Ball Theater in Strindberg’s The Stronger and in the immersive San Francisco production, The Speakeasy. As a theater instructor she has worked with students of all ages, having taught at A.C.T., University of Toledo, San Francisco Opera Guild, and many schools in the Bay Area. She earned a B.A. in Theater from UCLA and an M.F.A. in Contemporary Performance from Naropa University. You can find out more about her work at www.caitlyntella.com.